in 2018 Esmie Gayo McLaren produced art work exhibited in Essence, a traveling art show that celebrated the roles, struggles, and triumphs of women. The exhibition, which opened in North Vancouver and Ottawa, brought together five artists of Filipino descent who live in different parts of the globe. For McLaren, the project was important for its relation to present-day society, where feminism is being redefined in a powerful and actionable way. It also spoke to who McLaren is and how she wants her art to be seen. For her, the focus has always been about building community and connectedness in the context of current issues. And through the years, these factors have been central to her creative spirit.

McLaren grew up in a family that valued hard work and resourcefulness, and these characteristics have directed her life both professionally and personally. Her father, Ed Gayo, was a teacher who emigrated to Canada in 1968 to teach in a small town in Alberta.

“My father showed such industriousness and pioneering spirit.  He went through a lot of difficulties when he first settled in Canada–snow, wind, and cold down to -40C, in a drafty cabin,” she relates.  “By the time we arrived with Mom two years later, he was already settled in a comfortable teacher’s unit–with all the warmth of friends, teachers, and students who loved him.” 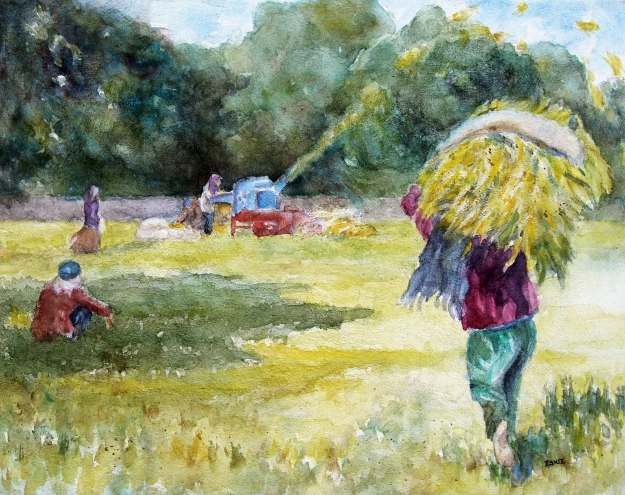 Her mother, Rose Oribello Gayo, was a nursing attendant known for her kindness, sense of humor, and diligence.  The eldest of four kids, McLaren remembers fondly that both her parents loved to garden and fish.  Engaging in creative and nature-inspired activities together is still part of the McLarens’ family life today.  “Mom has passed away,” she says, “and Dad, who lives with us, still continues to enjoy gardening, sculpting, and being with the family,”

McLaren currently resides in Vancouver. Her husband, Michael, is her biggest fan and source of encouragement. Their two kids, Daniel and Leanne, each have successful careers as a specialized visualization software designer and geotechnical engineer, respectively. For McLaren, her family has helped inspire her creative growth and community involvement.  She fondly recalls, that they even formed their own band called MELD during the children’s teen years.  “Leanne and her dad composed many songs, and we performed at coffee houses, weddings, and a series of outdoor gigs for Mothers Against Drunk Drivers, as well as CTV media,” she recounts.

Art made its way to her consciousness in an organic and unplanned way.  She has a bachelor’s degree in Biology and Psychology from the University of Alberta. But it was in Japan, where she lived for three years, that her calling finally revealed itself.  She fell in love with painting.  Upon her return to Vancouver, she formalized her art education with a certificate of fine art techniques from Emily Carr University, as well as studio classes at Mandy Boursicoult Classical Atelier and Gerry Thomson Studios. 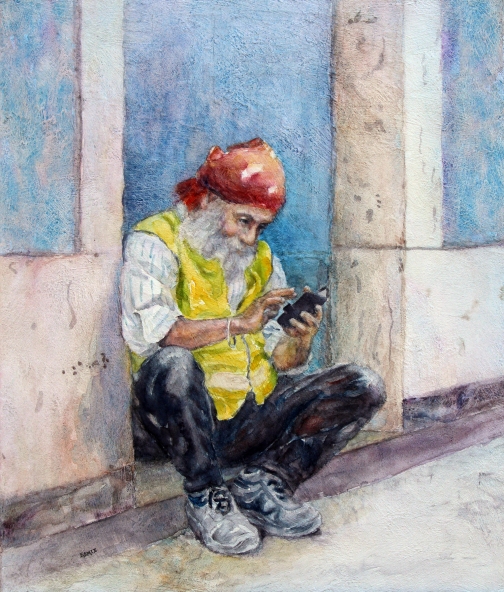 For McLaren, art is a “blessing to be used creatively, wisely and bravely.”  She paints in oils, acrylics, and watercolor, with the latter serving as her current focus. “Watercolor is more unpredictable, thus offering me a chance to interact with its quirks.  I am now exploring the use of watercolor on canvas and love the resulting textures as well as the convenience of framing the works sans glass.”

Her breakthrough came in her first solo art show entitled Ode to Friendship in 2003 at the Silk Purse Gallery in West  Vancouver, where she displayed 19 paintings and sold a few.  “I was so grateful to have had it at the Silk Purse Gallery, a repurposed honeymoon cottage built over 50 years ago.  The seaside location, plus my family providing the music at the opening were very memorable,” she tells me.

Despite spending most of her life in Canada, the sense of community and Filipino cultural roots remains fundamental to McLaren.  She is deeply involved with events in the Vancouver area for the Asian-Canadian community.  In 2014, one of her most challenging yet fulfilling years, she chaired three committees for the explorAsian Festival, which focused on Filipinos. The projects consisted of:  Generation One, a curated exhibit of Asian Canadian artists; Filipino First Families, First Stories Project, which selected and honored three Filipino couples who were community builders that settled in Canada before 1970; and the Opening ceremony of the explorASIAN Festival, in which McLaren sourced the content of the program and enlisted performers from Asian groups.  While the tasks for the festival were vast, it was McLaren’s perspective and work philosophy that kept her going. “It was a privilege to help  the Vancouver Asian Heritage Month Society further its mission of connecting cultures,” she say. 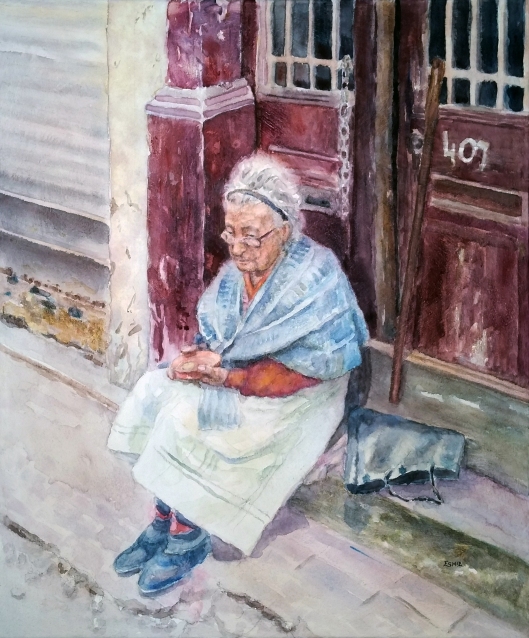 Clearly, McLaren is stirred by the human condition.  For her, art is a means by which she shares positivity, connectedness, and a helping hand.  “Movement, emotions, light, nostalgic moments, dance, and stories are my inspirations,” she explains.

The artist is also deeply practical and recognizes that success does not come instantly.  She adds, “You need to be prepared to work diligently on mastering your basics, painting in solitude, keeping informed and inspired, and knowing that promotion and marketing are also key elements.”

Esmie Gayo McLaren’s artistic approach can be described as a deep engagement.  But she is aware that there comes a point of letting go.  “Patience, diligence, and playfulness are important,” she says. “But after giving yourself to each piece, you need to separate yourself from it, so someone else can experience it in their own space.”

The author wishes to thank Lenore RS Lim for her assistance in the interview.

Serina Aidasani, PF correspondent, divides her time between New York and Chicago. She works in marketing communications and public relations.